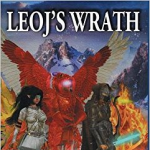 Hi, welcome to The New Notion Club Archives! Thanks for your edit to the Tulgas page.

Hi Moran! Do you have any ideas for the Derngorgor of the fourth Age? So far I´ve modelled the fourth age factions of Sauron's legacy into two different strains, one political, the Black cartel, and one religious, the Cult of Herumor.I think of the Derngorgor as a third faction that was not inspired by political intrigue or religious dissidence but military tradition.Like a dark version of Sauro's armies military discipline and valiance, they have a sense of distorted honour, but it's corrupted by a wrong idealism, like some early proto-fascists.I also think they#s probably a disunified faction, based on military traditions, not one single well organised camp, but Warlords, who might even be of use for the mannsih lords to draw military strength... a bit like evil Spartans perhaps....--Haerangil (talk) 19:24, July 26, 2014 (UTC)

I deleted Jerry and Barry, but I picked Hecot because I figured the New Shadow resembles Hecate the Goddess of Witchcraft and Magic/mysticism in Greek culture. I thought this was fitting. If you have better names I am all for you putting them down. Moran half valar (talk) 13:13, November 29, 2016 (UTC)

I#m not even sure if the new shadow is a person. It seems Tolkien had more of an ethical or moral corruption in mind. There#s no more a higher will of a greater entity that can bind men to its service, but still they fall into corruption due to their own weaknesses.--Haerangil (talk) 11:43, December 2, 2016 (UTC)

It is speculation either way. Tolkien supposedly did away with the story, but who knows. If Aluin can be in MERPS wiki and represented during Dagor Dagorath, I don't see why the New Shadow can't be. Moran half valar (talk) 04:34, December 3, 2016 (UTC)

Wait, there's been a mistake. Anárion has three daughters that are the eldest of Meneldil. Meneldil has three older siblings, apparently all sisters.--Spenpiano (talk) 15:16, November 3, 2017 (UTC)

That I don't mind, but they could not have died at Numenor per the writings of JRR TOLKIEN. So they either had to die at the defense of Osgiliath or during the War of the Last Alliance. Moran half valar (talk) 15:26, November 3, 2017 (UTC)

Sorry for all the confusion and mistakes that happened here. I managed to fix the pages I did. If there's something you want me to double check or missed, let me know.--Spenpiano (talk) 17:30, November 3, 2017 (UTC)

Hi Moran Half Valar, I think there's something you need to see. I found this site and it showed the nine images that belong to each Man who became the nine Nazgul.

Hey Spenpiano, while this looks really cool, it is very uncanonical. The Old Brown Lands in the Second Age (when the kings received their rings) were the Gardens of the Entwives, therefore they were not the brown lands yet. Also the entwives managed this region teaching farming and gardening to hobbits and some men groups at this time. So it is impossible to have a Nazgul from that region. Most of these nazgul names come from MERPS, but in LOTR the only names are the Witch King and Khamul.  Moran half valar (talk) 00:20, January 21, 2018 (UTC)

Hi Moran, a fellow user has recently added the pic of Donald Trump in the page Eight Age. Are certain users allowed to do that?--Spenpiano (talk) 17:49, February 7, 2018 (UTC)

Hi! I never had the impression that Cuce-Cebbar was a Warlike spirit so i doubt he would be suitable as a leader for abattle-host. I also would like to ask you to rethink the numbers you give for battle-hosts.Maybe you do al little research on historical battles? Honestly i think the numbers you give are unrealistic and vastly exaggerated.--Haerangil (talk) 11:15, February 15, 2018 (UTC)

The host of the Valar were great it doesn't give a number, feel free to change the numbers around if you wish but the hosts warriors presented are accurate from the books. The numbers can be changed and if you feel they are exaggerated, then I am okay with you changing them as you see fit. As far as Cuce, if you have someone different in mind, feel free to make them the leader of the Low Men. Moran half valar (talk) 11:40, February 15, 2018 (UTC)

Well what number do you put with "A sea of orcs?" Like I said, if you want to change the numbers, I am more than happy with you doing so, I did the best I could with the resources given canonically. Overall, the commanders, those who fought, and all the ground work--I have put down perfectly. If you want to adjust the Low Man commander or the numbers as you see fit--then I am okay with that. As stated earlier. Moran half valar (talk) 19:25, February 16, 2018 (UTC)

for examples your articles on battles... the names and terms in these articles are often not linked to other pages.--Haerangil (talk) 07:30, March 26, 2019 (UTC)

Oh Haerangil, I have been slowly correcting those. I am working on it. Though I am having trouble finding generals for the evil side for most of the Wars, that is why their names are not linked properly--also I was a novice when I first started. I'll make more corrections on the battles. Sorry. I'll get right on it. Thx for the heads up. Also which wars are you referring to? Moran half valar (talk) 22:56, March 26, 2019 (UTC)

Hello! In order to delete categories, you must have admin rights. I would suggest getting in touch with one of the admins in order to secure rights. Alternatively, you can add a “Candidates For Deletion” category to each of these categories so that admins know to delete them. --awyman13 Talk Work 22:44, May 9, 2019 (UTC)

Sleeper in the tower of pearl

Hi! I could be wrong as it has been some time since i read shade of the sinking plain, but weren't the chimaeras in the sinking plain half-beasts created by the shade herself using one specific sorcerous stone?--Haerangil (talk) 06:57, November 17, 2019 (UTC)

Hey Haerangil, there is nothing listed about Chimeras, "The Forbliss" I think is what you are referring to on pg. 39 section 7.4 in the Sinking Plain Module is basically a Chimera, though not called a Chimera. It is a cross bred animal conisting of multiple animals--but a Chimera is never stated. Hope this helps Haerangil. Moran half valar (talk) 03:32, November 20, 2019 (UTC)

Evening, my friend. How are you? I’ve been researching what I can for Tolkien’s idea of the Dark Land. From what I can gather, in early versions, it appears he suggested that it may have been the place to which Ungoliant flew. One concept that seemed particularly interesting was a suggestion by Christopher Tolkien that the Dark Lands are in fact the New Lands which were “pulled” northwards in the Fall of Numenor and the rounding of the world. It seems the most significant source for this sort of information is the Tale of Earendel, an old poem that seems to describe a fiery, monstrous and extraordinary world, though I suggest that this poem points to the Utter South rather than the Dark South. What say you of this? Likely you’ve gleaned some of this information before, but perhaps it may fill some gaps in the canon.User: The Hobbit-Friend

Hey buddy, I have researched the same too. To add to this, the Numenorians actually colonized many coastlines and in one part Tolkien stated that the Numenorians discovered the Dark Lands. Some people have stated that the New Lands were New Lands added to the Lands of the Sun. I tend to go with that notion since it fits with the geography. I like the Tale of Earendil, but I don't believe Earendil discovered these lands for the following published reasons:

1. Earendil is trapped in the sky after the War of Wrath

2. For Earendil to discover Greenland and other New Lands, he would have to have come down in the late Second Age, something Tolkien never published or agreed to.

So from the canonical point of view, I feel we could use the creatures discussed in the Lost Tales with Earendil's adventure, but as far as him doing anything in those lands--it would have to be considered uncanonical, since the Silmarillion is explicit that Earendil remained in the sky.  I do agree that Native American (differing Lossoth and tribes of the East) went to the Lands of the Sun and suffered casualties during the cataclysm in the late Second Age, but thrived and formed up again over generations when the New Lands were created.

The Dark Lands I tend to agree that Ungoliant went to, destroyed most of the indigenous life there, then after the War of Wrath (when Beleriand sank) she became trapped, destroyed, or disappeared. During the Second Age, the Numenorians use the Dark Lands as a slave trading area since Ar-Pharazon mounted a fleet that was said to have thousands of slaves rowing the ships to Valinor.

So I tend to think the Dark Lands as a melting part of any slaves that the King's Men could get their hands on, and eventually they revolted once Numenor sank. Other unique creatures such as creatures of fairy or spirits could still reside on the Dark Lands, (probably hid from Ungoliant in the First Age). But for the most part the Dark Lands are remnants of all the slaves that Numenor captured, and any powerful tyrant that wanted to unite these tribes would be able to do so. Maybe Dragonlord Vorig from Loremaster? I don't know but some good spirits and evil spirits or creatures could probably take over and have nice armies under them.

Hope that helps summarize my thoughts and research on the Dark Lands. I was hoping to just have all the proposed creatures on that page flushed out. Moran half valar (talk) 03:45, November 20, 2019 (UTC)

well on that Greenland thing... that's lost tales material and he supposedly discovered it during his odyssey BEFORE he reached Valinor... however i am still not convinced that the green land and the ice land are identical to our modern greenland and iceland, though possibly mythical predecessors...--Haerangil (talk) 06:51, November 20, 2019 (UTC)

Well maybe Earendil discovered Greenland and Iceland through some kind of odd time warp? I don't know, that would still sound sketchy. Also the New Lands aren't formed yet, so I stand by my statement. Moran half valar (talk) 06:57, November 20, 2019 (UTC)

Well, I thought since he killed Dain I and his son Fror, Andanc would have led the attacks. But now that you brought it up it makes more sense for Itangast to be such: he is a Fire-Drake, he served Sauron in the War of the Last Alliance and he has an aggressive nature; which make him perfect as a "commander" in the War of the Dwarves and Dragons. Not sure if Itangast would be stronger than Andanc, but they would be at least equal. Alex of Star Wars (talk) 09:08, May 28, 2020 (UTC)

Itangast IS STRONGER than Andanc in Creatures and Treasures--Itangast is listed as a Level 55 who can breathe fire. Andanc is notable for killing Dain and Fror, but he isn't necessarily the commander. For these reasons, I feel Itangast should have been the father of Smaug and then pick a flying red cold drake. But like I said, Glaurung is golden and gave birth to Ancalagon, a black dragon. Moran half valar (talk) 19:15, May 29, 2020 (UTC)

Retrieved from "https://notionclubarchives.fandom.com/wiki/User_talk:Moran_half_valar?oldid=149450"
Community content is available under CC-BY-SA unless otherwise noted.