The Uruk-hai, also called Black Uruks, were the most ferocious and warlike breed of Greater Orcs. The breed can be divided into two categories: The Uruk-hai of Mordor, the original, and possibly more “pure” variant bred by Sauron in 2475 TA for his wars against Ithilien. More infamous, however, was the improved breed of Uruk introduced by Saruman in the War of the Ring, a particularly fell, swart-skinned breed related to Saruman’s Half-Orcs. While these breeds were both considered “Uruk-hai,” it is debatable how different in origin and physical nature. Oftentimes, larger breeds of Fighting-Orcs were recorded as either relatives or predecessors of the true Uruk-hai; for example, Great Goblins and Ashdurbúks such as Azog and Bolg were often thought to have been ancestors of these early Kû-Uruks. 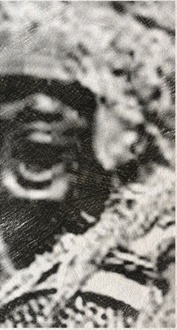 The Uruk-hai may have been bred out of captured and magically altered Dúnedain and Black Númenoreans. Alternatively, they could be the much worn-down descendants of Boldogs, having been bred with ordinary Orcs so many times that they were shadows of their ancestors. They could also be a combination of the two, being descended from both the Númenoreans and Boldogs. In fact, considering how different the Uruk-hai of Isengard seem to be from the Uruk-hai of Mordor (one example being that the Uruk-hai of Isengard cannot see as well during daylight), it's possible that different Uruk-hai have different amounts of diverse ancestry, For example, the Isengard Uruk-hai are perhaps more human in ancestry, or at least less magically altered human ancestry (in contrast to Mordor Uruk-hai who were presumably descended from either magically altered humans, Boldogs, or both), which may suggest that Isengard Uruk-hai weren't in fact "pure Uruk-hai", if there was even ever such a thing, and would have counted as Uruktarki or "greater half-Orcs".