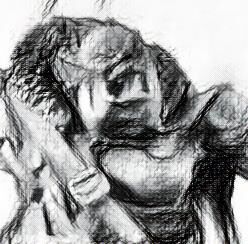 Lokkak was a mighty orc captain that rose through the ranks as a distinguished warrior. He became an orc captain, skilled in the use of scimitars and bows. However, his reign of greatness was short lived as he was slain by the son of Fingolfin, Argon. However, Lokkak's taunts ultimately brought Argon forward early and lured him away from the rest of the Noldor. Argon killed Lokkak, but it was Lokkak's deeds that would end up costing Argon his life!

Lokkak was an ancestor of the Great goblins.

Community content is available under CC-BY-SA unless otherwise noted.