The New Notion Club Archives
Register
Don't have an account?
Sign In
Advertisement
in: Lands, Lore, Religion,
and 2 more 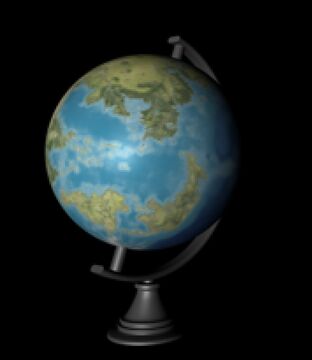 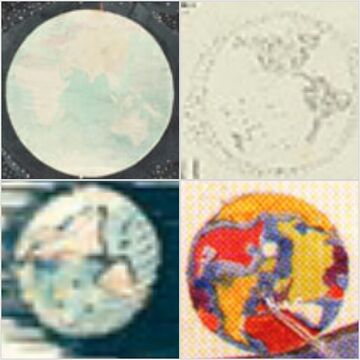 Possible world sketch on JRRT's Lord of the Rings map

Ambar or Imbar (Q. "World, Earth", lit. "Habitation") was the Quenya term for the World inside of Arda. The Planet of Ambar was known to have three continents:

In the First and Second Ages two other continents (Aman and Easternesse) were situated respectively west and east of Middle-earth. In the Second Age between Middle-earth and Aman there also was the smaller island-continent of Númenor. Near the end of the Second Age however Númenor sank and Aman was moved away by Eru and, while still considered a part of Arda, was not found anymore on the Planet of Ambar and could only be reached by the Straight Road. Easternesse was either also moved away or was destroyed or, as some believe, became the New Lands.

Arda as our World

Tolkien stated that the history of Arda was supposed to take place in a period of the actual Old World of this planet, although in a “mythical” time. He imagined the gap between the Third Age and now to be about 6000 years, our present time corresponding either to the end of the Fifth Age or actually the end of the Sixth Age or the early Seventh Age.

Many readers interpret this as the history of Middle-earth being set in a pre-historic Europe (or Eurafrasia). Another possible interpretation would be that the “mythical” time Tolkien referred to could be seen as a possible alternate past, so the history of Middle-earth would be set in the actual Old World of this planet, but not in our real history but in a different (or alternate) reality.

It was unknown if there were (or are) other Worlds aside from Ambar or Aman. Tolkien stated that "(...)We cannot say that there ‘must’ be elsewhere in Eä other solar systems ‘like’ Arda, still less that, if there are, they or any one of them must contain a parallel to Imbar.(...)" but "(...) The demonstration that there existed elsewhere Incarnates, parallel to the Children of Eru, would of course modify the picture, though not wholly invalidate it. (...)". Tolkien did not explicitly deny the possible existence of other Worlds, but he also didn't include any other Worlds into his cosmology (with the possible exceptions of Ellor, Emberu, and Tekel-Mirim, some inhabited by the En-Keladim).

The Silmarillion states that Tulkas came to Arda from other regions of Eä and Melkor withdrew (from Arda) and departed to other regions and did there what he would. This could be interpreted as possible hints to other worlds within Eä, where incarnate Ainur existed, or other Worlds which were visited by Morgoth during his exile. However, even if there had been, or still are, other Worlds beside Arda or Ambar, the Eruhini of Arda knew nothing of these and/or had little interest in them.

Outside of the Canon however there are allusions to other Worlds. The Planet Kethira (the setting of Hârnworld) is implied to be one of seven linked parallel worlds collectively known as Keléstia. The other six worlds (or Planes) are said to be Terra (or Earth), Yàsháin, Midgaad, and the Blessed Realm, the two latter of which correspond to Middle-earth (or Ambar) and Aman. Similarly Shadow World or Kulthea (setting of Loremaster and Rolemaster), could be in many ways seen as a world parallel to Arda or Ambar.