Start a Wiki
Welcome to the The New Notion Club Archives


The Notion Club Archives is an open project, an encyclopedia dedicated to Expanded Arda, non-canonical subcreation within J.R.R. Tolkien´s World of Arda. 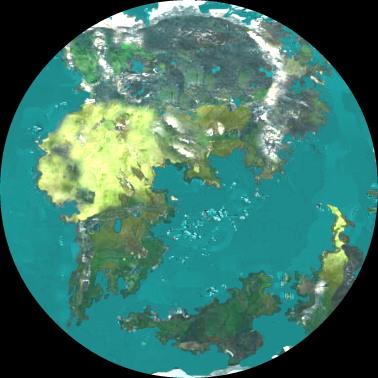 The principal directive of the Notion Club Archives is the fictitious approach that this is the official archive of the New Notion Club. The original Notion Club was a fictional social club created by J.R.R. Tolkien for his unfinished short story The Notion Club Papers.

The Notion Club was a fictionalized version of Tolkien's own literary group of the early 1930s to late 1940s. The members of the fictional Notion Club undertook experiments in the field of space and time travel through memory-object connected communication and dreams which led some of their members, notably Alwin Lowdham and Michael George Ramer, eventually to discover earth´s fictional alternate past - the prehistorical mythical world of Arda (with its forgotten continents of Middle-earth and Númenor).

As the long forgotten Notion Club Papers were found by Howard Green, Clerk of the Schools at Oxford, and published by the university press in 2012 AD in the Seventh Age, although most readers regarded them as a work of fiction, some interest in the experiments of the Notion Club Society and space-time travel through astral projection, object-memory-empathy and lucid dreams were renewed, and in Year 67 of the Seventh Age, historian and writer James C. Hare, who thought the Notion Club papers might be a fictionalized writing of real experiments which had actually happened, founded the New Notion Club , a secret literary society with the objective to continue the scientific work of the group surrounding Alwin Lowdham and Michael George Ramer and to discover more details of the lost Ages of the World, with the main focus on the Westlands in the First through Third Ages.

This wiki has a adapted a semi-official hierarchy considering the canonicity of its articles: the works published by J.R.R. Tolkien during his lifetime are considered canonical. Those of his works published posthumously by his heirs are considered secondary canon, and are to be recognized as far as they do not directly contradict the works published by J.R.R. Tolkien during his lifetime. Secondary works, such as role-playing books, games and fanfiction are considered subordinate in the hierarchy. Any new articles posted on the Archives have to be brought into concordance with the canonical works and should intend not to contradict the official canon. However, the main subject of this project still is to further explore the past Ages of Arda and to bring forth more details of its history, culture, historical persons, and other elements that make Arda a more dense, complex and cohesive world and literary creation.

We advise our contributors that new additions and articles on this wiki should be written with the idea in mind that they consider a fictitious alternate past of our own world and should keep up the literal illusion that they are written by members of the New Notion Club, who gain their knowledge on the forgotten Ages of Arda by experiments in the fields of lucid dreaming. -For mainly legal reasons there yet is one more Rule which we would like to advise our contributors to take to heart: No stats and direct quotes from official and still-available game books and other commercial and officially-licensed publications allowed! Strictly original content!

For the canonical Arda we recommend: One Wiki to Rule Them All, The Lord of the Rings Encyclopedia

New on This Wiki

Retrieved from "https://notionclubarchives.fandom.com/wiki/Arda_Role_Playing_Wiki?oldid=142487"
Community content is available under CC-BY-SA unless otherwise noted.